A year ago (original article by F. Baldi, Translated by F. Lucente) 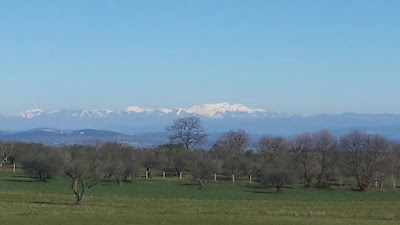 Dear Mummy,
it was just a year ago, in the afternoon, when your breathing ceased. Ironically, just a little before it happened, physicians were appreciating some improvement in your condition, for the first time since a week before.
Your heartbeat ceased ; but it didn't happen all at once. Those who didn't go through this, or perhaps got a wrong idea from movies, or by listening at some naive simpleton touting about ''sweet death'', could believe it's all so easy and painless; but things are very different, actually.
If only they could figure out how strongly, how tenaciously our body clings to the faintest heartbeat, grasps to the lightest breath, to the smallest vital parameters, they would probabily stop to talk nonsense ... yet we still have to hear such things, and much more.
So, after some still unyielding jumps had shaken your electrocardiogram's line on six good instances, at last they declared you ''officially'' dead.
As Daddy, Grandpa and all of us had always denied the idea of the death as the unescapable End of All, rather looking at it as an ''illness'' to be cured, a 'Problem to be solved', sooner or later, we strived to put your body in a safe place, in order to protect you against death's outrageous ravage.
When in some twenty -at most thirty - years from now, you will open your eyes again (people say I'm being too much optimistic, but I rebut they're the pessimists instead), I strongly hope you will find Dad Dino at your side.
Dad is not in a ''safe place'' yet , but we trust we'll be able to work out a solution for him, too.
When your body will be ''working'' again, the World will be for sure a better place, than it is today. We will be endowed with the help of robots of every size and shape, and they will assist you in any of your everyday's tasks; the smallest of them, the so-called ''nanobots'', will be actually the ones to awaken you at life, by repairing any of the countless harms and damages your body had had to suffer, so heavily that it was forced to stop - but just temporarily- its functions.
When you will be awake again, people around will reassure you, by telling that you simply went through a somewhat deeper sleep, as you had felt a bit sick.
Perhaps you will experience some difficulties in remembering things, but dont' worry, some expert cognitive psychologists will be at your side to help you. Bearing this in our mind, we had kept filming you for hours, for days, at home and elsewhere, as these data could help you to rebuild your whole memory.
Although we hope for the opposite, it's quite likely that some malicious people will be there too, showing you old newspapers and telling about you having been deep-frozen, your body sent to a foreign country, far from your motherland. All of that, just for the wicked sake of traumatizing, of upsetting you.
Such bad people wouldn't know you altogether. They couldn't ever image how tough mummy Cecilia's temperament is, and they ignore that nothing could really upset you.
But it will be Dad and me, telling you the whole story.
And I can figure what your reaction will be : a loud laughter!
The same kind of laughter you used to make to me everytime I told you about something amazing, unbelievable, or even simply comical.
A loud, joyful laughter, of course ; after I tell you that I was invited as a guest at Sky channel studios, with one of your favorite tv anchormen interviewing me about your case, asking me about you, while broadcasting pictures of you, pictures that people in the whole world could see.... By the way, I tell you right now : keep yourself ready! You could find yourself facing with people, that will treat you as a ''celebrity''.
People you never heard of will turn to you and ask '' But you're Cecilia, the First....?"
-In a short time, many people will be doing the same thing you did.
And they could do the same thing right here, at much lower prices; perhaps, going down to -196 Celsius degrees will prove un-necessary, too - but that's another story.
You know how Italians are, don't you? It takes some time for them to start to run, but once they've started... do you remember our long talks about Science, don't you...?
Italians could perhaps look dumb compared to some other people, lost in trifles and frivolities all the time; but this isn't their actual nature.
Let's just think of Electricity : Volta, an Italian, discovered it, together with Galvani, another Italian scientist. Still another Italian, Pacinotti, discovered the way to make actual use of it, by conceiving the first electric motor in the world, and Colombo (not Cristoforo - I mean Giovanni Colombo, an engineer) was the first in the world -except than for America- to produce it.


You will see, even in coping with the ''little problem'' of death, we Italians will be able to stand up tall!
See you soon, Mom... and please, remember to cook for me a donut of yours, the ones I go crazy for!